Readers often refer to turning points in literature—those plot developments that alter a character’s situation or fortune. But how does food play a role or set the stage for these moments?

When we peruse some of the most famous works of literature, a number of “turning point meals” quickly come to mind. Think of Charles Dickens’ Oliver Twist (1837) when the young orphan dares to ask the master of the workhouse for more gruel. Or consider Marcel Proust’s sudden rush memories when tasting a madeleine in In Search of Lost Time (1909-1922).

Canadian Literary Fare has explored a number of “turning point meals” in a past series of posts by highlighting key scenes that mark a change in the plot and a character’s transformation.

Now we’d like to turn this question over to you…

What is the most famous turning point meal in Canadian literature?

Pumpkins have countless uses: pies, muffins, soups, cheesecakes, and playpens. Yes, playpens! And eventually those playpens lead to poetry… or to pies.

When the corn crop is ready to harvest and no childcare is available, simply take your infant with you to the field and surround him or her with a circle of pumpkins. This orange fence will happily entertain your child for hours. At least that’s Catharine Parr Traill’s advice in The Female Emigrant’s Guide (121). 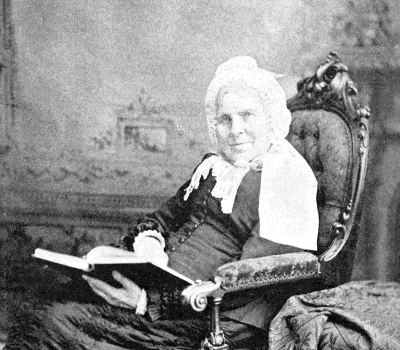 Traill’s pumpkin plot, or story, highlights settler ingenuity and the need to re-write gender roles in the Canadian backwoods. Intense physical labour was entirely unfamiliar to refined 19th-century middle-class emigrants, yet Traill recommends that in a new place, one must adopt new perspectives and practices. The story she tells, then, is about a female emigrant who single-handedly harvests an entire crop while her husband, who is ill in bed, remains indoors. The story’s lesson is that backwoods femininity can include “a tone of energy and manly independence” that directly benefits one’s children  (Traill 121).

Traill’s story is about crossing “physical and ideological boundaries” by reframing “the feminine sphere, pushing outward into the masculine domain” (Boyd 91). The unconventional nature of this female emigrant character eventually inspired Canadian poet Robert Kroetsch to write a tribute to Traill in his “Pumpkin: A Love Poem.”

Rather than writing from the female emigrant’s perspective, Kroetsch assumes the position of the pumpkin-encircled infant, and even takes the scenario one step further by placing the child “Inside the pumpkin” (1). Is the pumpkin now a cradle? Is it a womb? Is it a head? Perhaps it is all of those things and more.

From inside his orange globe, the young male speaker carves outward, forming a jack-o-lantern face with genitalia-like features. His sensual orange face is ambiguous in terms of sex and is clearly inspired by Traill’s own 19th-century re-imaginings of the feminine and the masculine (Boyd 92-93). While the carved pumpkin signals fertility and creativity, it is also a chance to create a new identity. The young poet-speaker attempts to “lift the old eye to its new vision” (13) and to “cut the new mouth” (25) while he “slice[s] out the old” (29).

Thus, just as the female emigrant’s pumpkins served as a playpen for her child, Kroetsch uses his single vegetable to create a new space for the next generation of Canadian writers who want to challenge their own boundaries and conventions.

Kroetsch once described Canada as “as relatively young country with few of its own literary models,” which meant “literal objects” had to become the sources of poetic inspiration (Brown 7). As a playpen, a story, and a poem, the pumpkin becomes the site of colonial and post-colonial Canadian literary traditions responding to each other across time. How fortunate for us that during October, this vegetable is capable of appealing to all our senses!

In The Female Emigrant’s Guide, Parr Traill writes of pumpkin pie that there is “not a better dish eaten” and proceeds to give readers a number of tips on the making of this cross between “a custard and a cheese-cake” (133).

Her instructions are loose: soft pumpkin, new milk, two or three eggs, with grated ginger and “as much sugar as will make it sweet enough to be pleasant”(134).

I (Alexia here) have used Anna Olsen’s recipe for pate sucree and a Williams Sonoma recipe for the pie. This because I require a little more precision in the way of ingredients and measurements, not being a terribly deft baker, (as anyone examining my crust will  quickly discover). Using a small, sweet pumpkin from our farm share gave this pie a lovely yellow colour. The taste, the result of this fresh pumpkin is light and subtle. 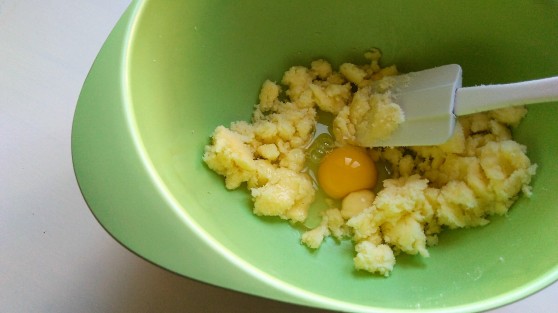 In Carol Shields’s fictional worlds, dinner parties are transformational. People assume their “party selves,” she once wrote, that party-self being a more sociable, lighter version of your everyday personality. (“Parties” 45) Sadly, this positive renewal is not the experience of Dot Weller, wife of Stu Weller and mother to Larry Weller in Shields’s novel Larry’s Party.

For Dot, even casual family get-togethers cause copious perspiration and “jittery detachment”. (Larry’s 44) Her parties are haunted by “the poison of memory” (44)— a summer dinner that she hosted for her in-laws back in England and that sealed her fate and “exodus” to Canada. (52) Dot’s canned beans were to blame. 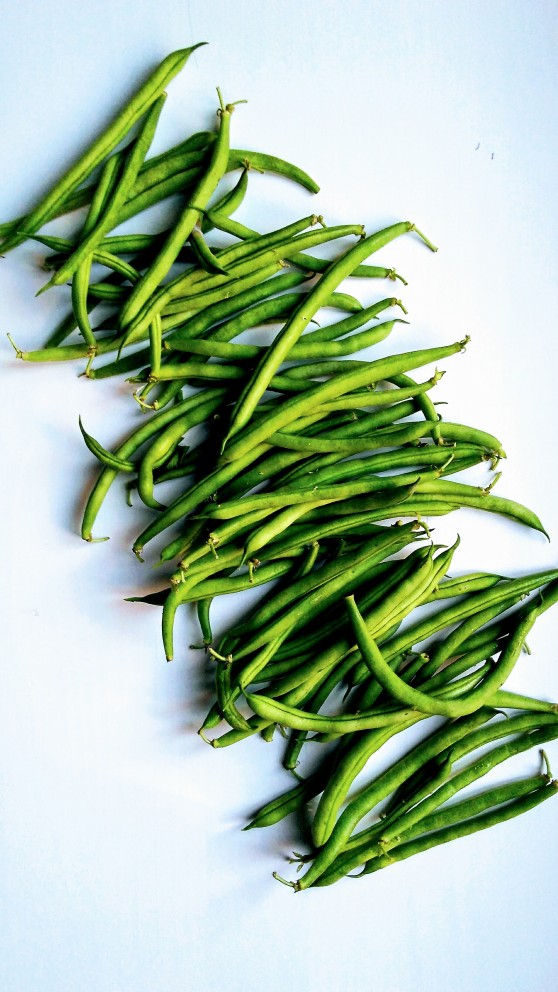 END_OF_DOCUMENT_TOKEN_TO_BE_REPLACED

As longtime readers may have noted, Shelley and I do not share a time zone. We trade recipes, reading lists, and wise saws over the Interweb, and every so often we have a chance to share a meal. This time ’round, as Shelley edged away from the west coast and stopped in on an island in the St. Lawrence, we met in view of putting together a post.

We shopped, we cooked, we took photographs, and then we ate. The results of this collaboration are as follows. First, we concluded that “Wild Mushroom Toasts with Goat Cheese & Black Garlic Vinaigrette” are indeed as marvelous as they sound. 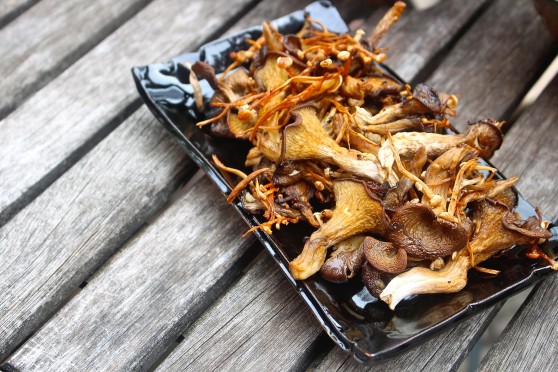