I stick as closely as possible to Maman’s French menus, but I can’t say that I haven’t experimented with a few new concoctions, like Escoffier’s newly invented Pêche Melba and another highlight of French cuisine, a dish called Oeufs Carême. It was canonized by Marie-Antoine Carême, who cooked for Talleyrand, George IV and for Czar Alexander I. Maman always said that Carême’s five-volume encyclopedia was her Bible, but to my knowledge she never tried stuffing an artichoke with an egg and spreading sweetbreads and pickled tongue overtop.

From Joyce Wayne’s The Cook’s Temptation

Stuffing an artichoke with an egg and spreading sweetbreads and pickled tongue over top is not as easy as it sounds.

There are artichokes to denude 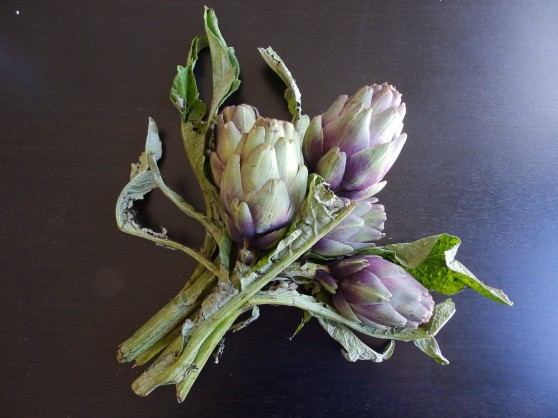