Food and Sex: The Politics of Exchange in Lynn Coady’s “Ice Cream Man”

Chicken, ice cream, soup. In Lynn Coady’s short story “Ice Cream Man,” food is exchanged for companionship without allowing for meaningful connection between individuals. The guy at the canteen has been offering the protagonist an ice-cream sandwich – food – for years, making the “same joke since [she was] seven years old” (34). The proverbial ice- cream sandwich is a stand-in for sex, and the guy at the canteen does eventually “give [her] the ice-cream sandwich he’s been talking about all these years” (35). He repays the sex that she routinely gives him with free snacks from the canteen and with rum (37). Food is thus exchanged for company, specifically for sex, but the relationship between the two individuals is based solely on intercourse, involving no depth, intimacy, or intellectual closeness. Later, the man hints that the girl ought to bring him fried chicken (39); suddenly she has become the primary beneficiary of the relationship, and he expects his offer of sex to be repaid with food. He is used to this method of exchange: “Every woman I’ve known has always tried to do nice things for me” (39). 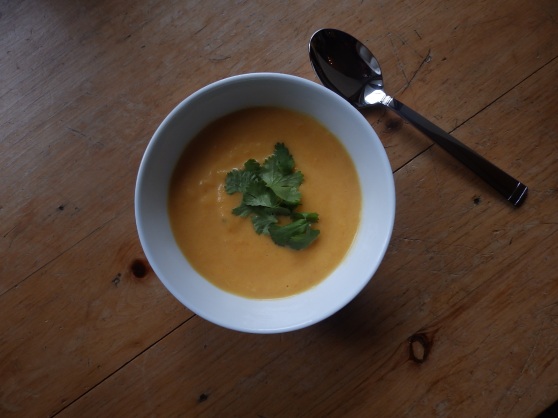 The girl’s distant father has a similar attitude when he wants her to eat soup with him; he expects his culinary thoughtfulness to be compensated with company, although “he doesn’t even quite know why that is” (43). The relationships the girl has with the two men in her life are thus based on trading food for human companionship, but she shares no meaningful connection with her so-called boyfriend or with her father – in spite of all the soup and chicken involved.