In Sarah Polley’s film Take This Waltz, 28 year-old Margot struggles to make sense of her feelings for her husband Lou in light of her recent flirtatious relationship with her neighbor, Daniel. Food plays a crucial role in this film: the type of dish Margot eats with each of the two men reflects the point they have reached in their respective relationships. A dull dessert, in other words, signals that the end is nigh. Margot always ends up in the same place: eating fruit salad, making blueberry muffins and living in what she sees as a dreary relationship.

For their five-year anniversary, Margot and Lou decide to go to the movies and eat out afterward. The viewer is not made privy to the entire meal; instead, the film takes us directly to the end of their meal, as they eat what seems to be a fruit salad in a cup. While the beautiful dim, dark red décor is perfect for a romantic evening, their exchange is anything but romantic; on the contrary, it is casual and awkward. They sit quietly across from each other and listlessly pick at their food. Margot says: “So… how is everything?” The banality of this question illustrates how forced the conversation is between them, at least as far as Margot is concerned. Lou, however, is comfortable with the silence. 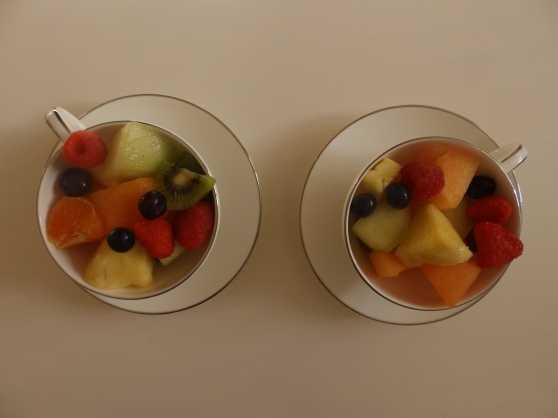 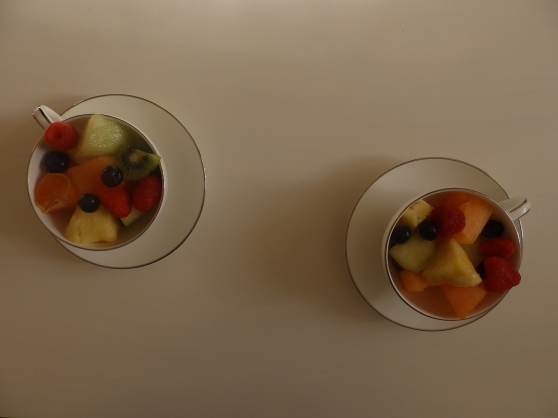 After Margot and Lou’s anniversary dinner, we never see them eat a meal together. The next day, Margot eats lunch with Daniel for the first time instead of simply having a drink as they usually do, which indicates a shift in or deepening of their relationship. They playfully eat Chinese food out of boxes while gazing at each other, laughing.

The film’s final food scene, in which Margot passively bakes blueberry muffins in her apartment with Daniel, echoes Margot and Lou’s anniversary dinner. The passion in Margot’s eyes has disappeared. She now realizes that her life with Daniel is no different from the seemingly unfulfilling one she had with Lou. Indeed, “all of Margot’s moving has been circular, spinning, bringing her back to the same spot” (Feeney 2012).

At this moment, we are aware of the fact that this new relationship has just about run its course.