With summer in full bloom, it’s time to enjoy Canadian Literary Fare al fresco. Whether it’s a barbecue in the backyard, a picnic in the park, or a beverage on the terrace, it’s nice to have a good book close at hand.

When summer arrives, I think of gardening and the poet Lorna Crozier. 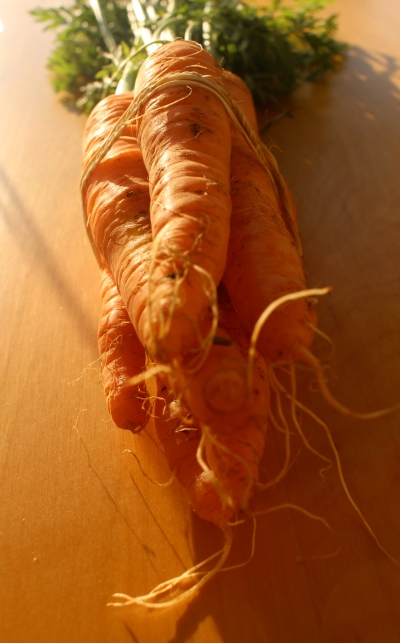 Among her numerous books of poetry, Crozier’s most famous is arguably The Garden Going On Without Us (1985), which contains the much-loved series “The Sex Lives of Vegetables.” These delightful poems unearth the sexual escapades of the vegetable plot. You will never look at your garden in quite the same way after reading these provocative pieces.

Crozier once wrote that her inspiration for “The Sex Lives of Vegetables” came years ago when living in Regina with her partner and fellow poet Patrick Lane. Crozier was sitting in the backyard, contemplating Lane’s garden, when her idea for the poems took hold.

In turn, “The Sex Lives of Vegetables” has taken hold of countless readers’ and artists’ imaginations. In 1990, the sculptural bookworks artist Lise Melhorn-Boe created a piece inspired by Crozier’s poems. In 2007, the University of Victoria’s Student Alternative Theatre Company (SATCO) staged a performance under the direction of Barb Hall. And most recently, composer Leslie Uyeda has composed a series of songs to accompany Crozier’s poems. Performances of Uyeda’s music and Crozier’s poems have taken place in Vancouver, Regina, and Hornby Island.

“Carrots” (the opening poem of “The Sex Lives of Vegetables”) is one of the most memorable in the series, setting the tone with its explicit language and humour. The visceral nature of this orange vegetable will not be denied. In a world where many of us purchase convenient, bite-sized, pre-packaged carrots, one cannot help but be impressed by the dimensions and feel of a true garden carrot!

When you wander through the fantastical vegetable patch in “Carrots,” recipes come to mind—carrot cake, carrot pudding, beef stew. Some of these dishes seem more akin to winter than summer. I love beef stew with carrots, and on a Sunday afternoon in January, I cook my mother’s recipe for beef stew in a tomato sauce (with carrots and onions). The carrots always taste sweeter after slowly cooking for hours.

Perhaps in Canada, where winter often arrives quickly on the heels of summer, these opposite seasons are understood in relation to each other. After all, the domestic garden has long been an important source of food (and literary plots). Stored veggies and fruit preserves furnish tables well into the lean winter months. When the earth is frozen, many Canadians dream of their gardens, just as the woman does in Crozier’s poem “Garden In Winter” (also from The Garden Going On Without Us). In Crozier’s poetic, seasonal worlds, the garden delights and challenges our perceptions.

But for now, let’s not think about winter.

Instead, we’ll revel in the summer garden and Canada’s outdoor literary fare.

Crozier, Lorna. The Garden Going on Without Us. Toronto: McClelland and Stewart, 1985. Print.